Seeking and Searching
My journey with yoga all began the notorious summer when I met God in a parking lot.  There were lots of things happening.  Things that would shake me to the core and lead me to question everything I had ever believed to be true.  Despite these happenings, I was still in the phase of experimenting with substances.  The opportunity had presented itself to try psilocybin, in other words, psychedelic mushrooms.  I had no idea that a mushroom trip would lead me to the quiet internal voice many gurus call the Higher Self.  At a time when my life was filled with turmoil, She told me "at the center there is peace and one day your voice will be heard."  This perfect moment of peace at sunset overlooking a picturesque lake with a surface like glass has often been a beacon of hope for me.

As I continued to receive messages that God was real, and that He cared for me, I became increasingly conflicted about the fact that one of my most profound spiritual experiences had been induced by a mushroom trip.  So I did what any other confused, troubled and down right frightened person should do--I sought counseling.

At this time I was fortunate enough to be attending a local University on Long Island with no shortage of counseling options.  I walked in, intimidated by the silence of the center for student mental health.  I scheduled an appointment in spite of my trepidation.  Luckily, one of the counselors on staff specialized in depression, anxiety and mindfulness.  She had the kind of energy that made you feel as if you had known her all your life.  I opened up to her about my experience with mushrooms.  Surprisingly she was not shocked at all.  She shared with me that many people before me had experienced the Divine while under the influence of hallucinogenics.  She also told me however, that the state I had achieved under the influence, was something that I could and should experience while sober.  She invited me to a meditation circle she was leading at the time and also encouraged me to try yoga.

"Yoga?" I asked.  I hadn't ever heard of yoga before and I was not sure how or if it could help me.  Fortunately I have always been one to try new things.  January after that unforgettable summer I tried my first yoga class.  I had never felt more welcome, challenged or excited.  The scent of incense combined with the calming yet exotic music put me in touch with a place inside myself that I had yet to experience.  I knew I had found something special.  If only I could have committed to the path wholeheartedly at that point.  I truly believe however, that our own paths unfold exactly as they should.

Over the next decade I would try a variety of yoga styles and teachers.  Each offering something that I needed deep within my soul.  Kundalini, Dahn, Yin, Vinyasa, Kripalu, Ashtanga, Anusara, Bikhram and finally yoga teacher training.

Dabbling
From the first time I experienced yoga I loved it.  I finally felt as though I found something for me.  Something I could enjoy and something at which I felt some level of ability.  My background as a gymnast helped with some of the balance and strength elements of the practice.  What I was not prepared for however, was the intensity of which I would be faced with myself. While most yogis I spoke with found Savasana to be their favorite aspect of practice, I spent the entire hour of Asanas dreading it.  The thought of lying in stillness and quiet for 10, 5 or even 1 minute left me in a panic.  For this reason I dabbled in and out of classes, never quite hitting my stride.

I dabbled in many different styles and varieties of yoga.  I never found a teacher that quite resonated with me and urged me to come to class on a regular basis.  Instead, I came to yoga in an almost reactionary way.  If I was stressed, or upset about something I would find a yoga class at any local studio and practice.  Class would always provide me with relief, even if it was short lived.  I loved the freedom and movement of Kundalini yoga.  The emphasis on activity and strength in a Vinyasa class appealed to me as well.  It was not until I took my first Yin class however, that I realized how amazing yoga could be for my mind and Spirit.  Still, I was running from myself.  In my mind I was sure that yoga was the answer to so much of what ailed me.  Like so many others, life quickly became hectic as I began graduate school and discovered that I would become a mother in October of 2010.

Teacher Training
It still amazes me the way in which having a child can change a person.  Even though I was at this time a new mom and a new teacher, the desire to seek truth and my spiritual path intensified.  With the support of my family I began a teacher training program.  I did not know whether or not I would teach yoga, but I had a strong suspicion that taking the training would further commit me to the path of yoga.  I learned throughout the training however, that I was still running.  Throughout the training, because I had so many other demands on my time, I continued to have one foot in, one foot out.  The training did however give me the background and knowledge I would later need when the timing was right.
​

Running from Myself
I am not sure why, or for how long I have been running from myself.  It seems as though I have always filled the empty space of each moment.  Completing a to do list, chasing a buzz, stuffing my feelings down by satisfying a craving.  Just having this awareness has been a breakthrough.  Armed with the knowledge that I have this tendency, I have been guided to move away from this mode of existence.  This will require commitment and no doubt practice.  Knowing that I will most likely continue to feel the urge to run, but having the wisdom and humility to surrender myself to the voice and spirit of God.

Uptight
The revelation that I had an issue with avoiding my Self came to me one night after having half a bottle of wine.  I sat on the couch feeling relief from the tension I had subconsciously been living with throughout the busy day of tending to my children and my household.  I became aware of the reason why I often indulged in drinking alcohol, or vaping or even smoking a cigarette.  I became viscerally aware of the nagging and persistent yet subtle feeling of anxiety that plagued my every day.  Always in motion.  Always taking action to escape from the nerves of the present moment.  I discovered, the answer to this anxiety is two fold.  The idea of yoga in and of itself could never be enough.  I would have to practice.  Consistently.  And I would have to call on the name of Jesus for help.  For the will, the power and the strength to take this undercurrent of anxiety and meet it with intentional practice and cultivating stillness.

​Commitment
As August came to a close I began to draft a plan to finally commit to a lifestyle of mindfulness and yoga practice once and for all.  To surrender my life to the will of God and to the stirrings of my intuition.  As my oldest went off to school and I found myself with more time on my hands than I have ever had, I decided some lifestyle changes were in order.  I set some goals in the hope that this time, they would stick.  For the month of September, I decided I would take 4 yoga classes each week at the local YMCA.  I would also put in an application to teach class by October 1st.  I would rededicate time each day to studying the Sutras and the Bible.  I also committed to creating the website that you are currently exploring.  I would also reconnect with God through prayer and attending church regularly.

Interestingly, the night when I set these intentions I had not touched a cigarette in nearly a year.  Wouldn't you know the following week temptation was all around.  All it took was one and I found myself hooked and once again feeling like a fraud.  Is it Murphy's law or coincidence that as I set to embark on a renewed passion for yoga and living my Truth I would be confronted by self sabotage?  I do not believe so.  You see, "the greatest trick the Devil ever pulled is convincing the world that he doesn't exist" -The Usual Suspects.  I am convinced that this path has taken me so long because I have consistently let the Enemy steer me off course.

This ends today.  Temptation will not cease.  I may resist and I may succumb to the tricks of the Devil.  But I will continue to write.  And I will practice.  And furthermore, I will spend the next forty days detoxing from alcohol and all forms of nicotine.  I will only be able to do this with the help of Jesus.  Not just some vague idea about Him, or some rigid system of church rules to follow.  I will reconnect with Him in prayer, in practice and in quiet time with Him each day.  My hope is that these pages will be a testimony of God's faithfulness and love and the ways in which He uses prayer and the practice of yoga as a vehicle for Divine Love and Purpose. 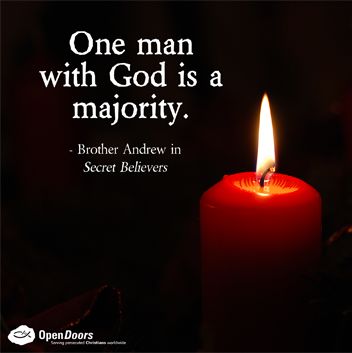